Thyroid nodules – lumps that grow on your thyroid gland – are fairly common. But any time you feel a lump in your neck, you should get it checked out by a healthcare provider.

While most of the time these lumps aren’t cancer (they are benign), sometimes they cause:

In these cases, even if they’re not cancerous, you might want to have these lumps removed. They can be removed using surgery, image-guided ablation or radiation.

Surgeons can remove thyroid nodules using traditional surgery. Also called open surgery, this method requires surgeons to use general anesthesia and scalpels to remove your thyroid nodules through the base of your neck.

This treatment has a higher risk for infection, voice change, scarring and thyroid loss than image-guided ablation. It also has longer hospital stays and recovery times.

Image-guided ablation uses ultrasound imaging to guide a small needle into the thyroid nodule. The special needle uses heat, or thermal energy, to kill the cells in the nodule. Ablation has fewer complications and risks compared with traditional surgery. If you have a predominantly cystic nodule (a fluid-filled nodule), chemical ablation with ethanol (alcohol) is used to shrink it.

Ablation offers a less-invasive alternative treatment to surgery. It may be best if you aren’t physically healthy enough for traditional surgery.

Check out our thyroid nodule ablation FAQ page for answers to commonly asked questions about the procedure and recovery.

Interventional radiologists at UVA were among the first in the U.S. to use image-guided ablation to treat thyroid nodules. Although heat can shrink or fully destroy thyroid lumps while saving your thyroid gland, not everyone is a good candidate for ablation. Our healthcare providers and surgeons will partner with you to determine which thyroid nodule treatment method is right for you. 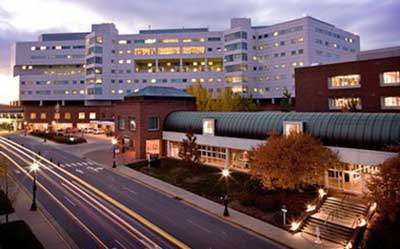 We offer thyroid nodule ablation, along with other effective, targeted treatments.