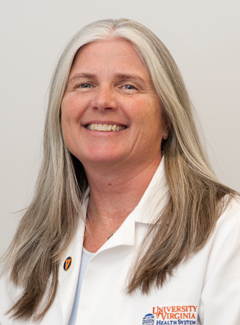 Gretchen Banker was raised in Catskill, New York. She has served as a Med-Surg Nurse at several teaching hospitals including Johns Hopkins and Brigham and Women's Hospital prior to working in the Cardiopulmonary Surgical Intensive Care Unit at Albany Medical Center.

In 1994, she joined one of the Hudson Valley's oldest and busiest family practices. She provided primary care to a wide scope of patients including pediatrics and geriatrics. During that time, Banker developed an interest in women's health.

In 2000, she moved to New Jersey and became the Director of Student Health at the College of Saint Elizabeth where she was responsible for implementing a comprehensive student health program and providing education on various women's health issues. Banker joined Pratt Medical center in 2008, running an outpatient clinic as well as practicing in office based pediatrics and family medicine.

She began working at Wilderness Medical Center in 2010 and moved to CMA Family Physicians in 2012. Her personal interests include the beach, golf and cooking, along with spending time with her husband and walking her dog.