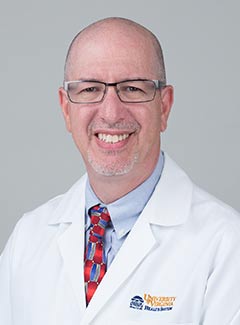 A premiere translational researcher, Noth is an expert in clinical trial design, genomics, transcriptomics and pharmacogenomics. Over the last decade and a half, he has concentrated his research efforts on interstitial lung diseases with a special emphasis on idiopathic pulmonary fibrosis (IPF). He built one of the country’s largest subspecialty clinics in interstitial lung diseases. The accompanying bio-repository enabled his translational investigation in genetics and genomics of IPF.

Noth has participated and remains principal investigator for numerous clinical trials funded by the industry, the National Heart Lung and Blood Institute and the National Institutes of Health, which focus predominantly on IPF. He is the co-lead of the NIH-sponsored Protocol Leadership Group for IPF in the Pulmonary Clinical Trials Consortium. His research goal is for true precision and personalized medicine to generate potential therapies for this devastating disease.

In his free time, Noth enjoys spending time with his wife and three children. He has also traveled extensively and hopes to continue to do so.