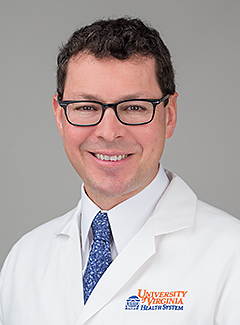 José Oberholzer, MD, MHCM, FACS, is a researcher and surgeon and the director of the Charles O. Strickler Transplant Center. Dr. Oberholzer has performed over 1,000 transplant-related surgeries and is an expert in liver, kidney, pancreas and small bowel transplants, as well as organ transplants in patients with diabetes. In addition to his clinical practice, Dr. Oberholzer specializes in islet transplantation and parathyroid transplantation, as well as vascular access for hemodialysis and peritoneal dialysis catheter placements. Additionally, he practices minimal invasive, robotic assisted surgery, including robotic kidney and pancreas transplantation, living donor nephrectomy, adrenalectomy, liver and pancreas surgery and hernia surgery. Dr. Oberholzer speaks four languages: English, Spanish, German and French.

A career innovator, Dr. Oberholzer pioneered the use of robotic-assisted surgery to provide overweight patients with safe access to kidney and pancreas transplants. He holds three patents, helped found two start-up companies, and is the founder and coordinator of the Chicago Diabetes Project, an international research collaboration for a functional cure for diabetes. His overall focus at UVA is to remove barriers to transplantation and improve access for those in need.

Dr. Oberholzer came to UVA from the University of Illinois, Chicago, where he was a transplant surgeon and professor of surgery and bioengineering from 2003-2017, and led the Division of Transplantation for almost a decade.

He is a fellow of the American College of Surgeons, a member of the American Society of Transplant Surgeons, the American Medical Association and the American Diabetes Association, and a founding member of the Clinical Robotic Surgery Association. He has published more than 200 peer-reviewed articles and is a frequent presenter at national and international conferences. An active runner, Dr. Oberholzer has completed over 25 marathons to raise money for diabetes research. He initiated the CellMatesOnTheRun Foundation that supports diabetes cure research through charity runners and other philanthropic activities.