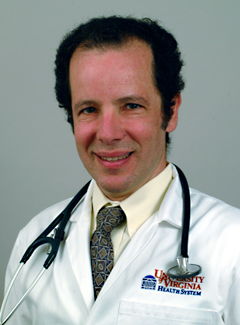 Dr. Borish was a faculty member at Tufts Medical School prior to his move to Colorado in 1989. From 1989 to 1999 he was an associate professor in medicine at the University of Colorado Health Sciences Center and a staff physician/principal investigator at the National Jewish Medical and Research Center. He is currently a Professor of Medicine at the University of Virginia and holds appointments in the Asthma and Allergic Diseases Center, the University of Virginia Cancer Center, and the Carter Immunology Center. He is on the editorial board for the Journal of Allergy and Clinical Immunology, and is an Associate Editor of the American Journal of Rhinology & Allergy. He has recently been elected to the board of directors of the American Board of Allergy and Immunology. His NIH-funded research interests include immune and molecular mechanisms of cytokine genes and cysteinyl leukotrienes in upper and lower airway allergic inflammation.

In particular, his laboratory has been investigating molecular mechanisms of aspirin-exacerbated respiratory disease, focusing on the role of cysteinyl leukotrienes and leukotriene receptors. More recently his laboratory has been involved in wide-ranging collaborative studies at the University of Virginia addressing mechanisms of rhinovirus-mediated asthma exacerbations. These studies focus on the role of innate immunity as well as expression of a high Th2 /low IL-10 cytokine signature by RV-targeting CD4+ and CD8+ T cells.

His clinical interests include chronic sinusitis, severe asthma, aspirin-exacerbated respiratory disease, primary immune deficiencies, and autoimmune mechanisms in chronic urticaria. He continues to play the oboe on rare occasions but is not prepared to give up his day job.