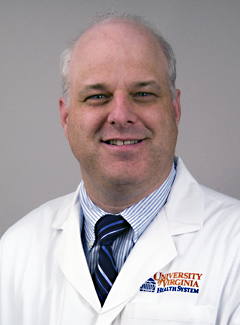 Mark Edwin Shaffrey, MD, is a professor of neurosurgery and chair of the Department of Neurosurgery at the University of Virginia. He has won numerous awards for laboratory investigation and clinical medicine, including a traveling fellowship from the Royal College of Surgeons, and has been named to the Best Doctors in America list.

Following his postgraduate training, Dr. Shaffrey served as chief of neurosurgery at Keesler USAF Medical Center, and was decorated with the Meritorious Service Medal. In 1997, he returned to the University of Virginia as an associate professor of neurosurgery and founded the Neuro-Oncology Center. He was appointed chair of the Department of Neurosurgery in 2006.

Dr. Shaffrey’s research interests in neuro-oncology include the molecular mechanisms of cellular invasion and migration. He has approximately 100 publications and has been a funded principal investigator in over 40 grants and clinical trials. He serves on the editorial board and as topic editor for the Self-Assessment in Neurological Surgery (SANS). He is also a reviewer for the Journal of Neurosurgery, Neurosurgery, Surgical Neurology, and Cancer.