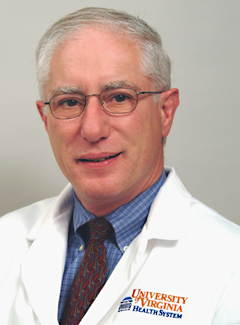 Dr. Gibson received his MD degree from UVA in 1975. He completed his residency in internal medicine and fellowship in cardiovascular medicine at UVA. In 1981, he joined the School of Medicine faculty as an assistant professor and was promoted to professor in 1987. In 1992, he was named the Lockhart B. McGuire Professor of Medicine.

He has authored or co-authored more than 300 publications.

Numerous teaching awards and honors, including: