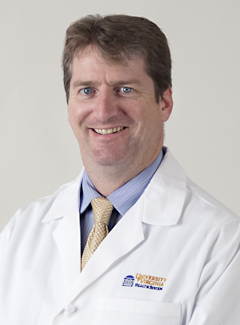 Dr. Pelletier returned to the University of Virginia in 2012 as the surgical director of liver transplantation. His clinical interests focus on living and deceased donor liver transplants, minimally invasive (laparoscopic) liver resection, as well as other aspects of hepatobiliary surgery. His research focuses on the outcomes following liver transplants and the development of donation following cardiac death.

He is board certified by the American Board of Surgery, and he is a fellow of the American College of Surgeons. Additionally, he's a member of professional and scientific societies, including the American Association for the Study of Liver Disease, the American Society of Transplant Surgeons, the International Liver Transplant Society, the International Liver Cancer Association and the American Hepato-Pancreato-Biliary Association. He is widely published in scientific and professional journals on topics related to his research and clinical experience. Dr. Pelletier has over ten years of experience as a principal investigator in basic and translational research and clinical trials. His research has been funded by the NIH/NIDDK as well as HRSA.